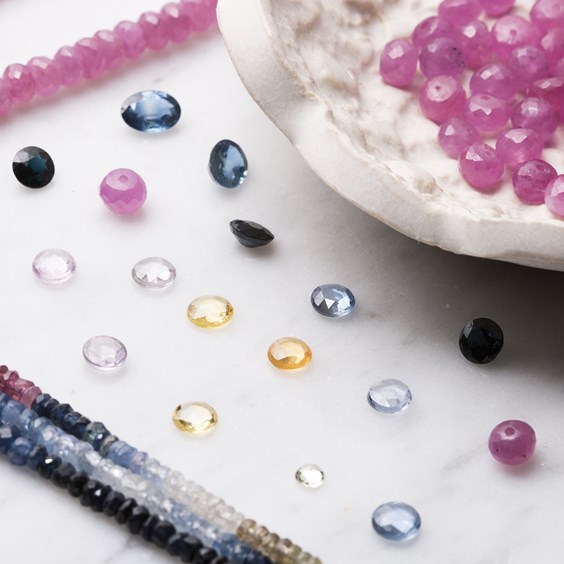 As a precious gemstone, sapphire has some amazing properties and a rich history. It is also the birthstone of September - a month of change where summer meets autumn and the wooly jumpers come out!

Browse our full range of sapphire gemstones for your jewellery designs online now, including cabochons, faceted stones, rose cut cabochons and beads in a range of colours, shapes and sizes.

Rarity: Some colours of the stone are rare - others are easily obtained as uncut stones.

The name sapphire is Greek for blue. Before the properties of the stone were discovered in the middle ages, the name sapphire was applied to various blue stones such as what is now called lapis lazuli.

Around the 1800s it was recognised that sapphire and ruby are gem varieties of the same mineral - Corundum. Corundum is a rock forming mineral which is the hardest after diamond.

Pure corundum is colourless, however the colours that are found in both ruby and sapphire are caused by small amounts of chemical impurities. The rich red of ruby is caused by chromium, whilst sapphire is the name given to all other colours of corundum which is caused by iron and titanium. These colours include blues, yellows, pinks, greens and more. Sapphire is more commonly associated with the colour blue.

Before the various variety of colours was given the name sapphire, they were given misleading names, such as "oriental topaz" and "oriental peridot".

The main sapphire bearing rocks are marble, basalt or pegmatite. The most desired sapphires used to come from Kashmir, India, where the deposits were situated at a height of 16,500 ft in the Zaskar region. It is said the sapphires were of deep cornflower blue with a silky sheen.

Sapphire is known as the wisdom stone, each colour has its own particular wisdom. It is said to focus the mind, releasing unwanted thoughts and creating a calm effect.

Sapphire is said to bring peace of mind and serenity by aligning physical, mental and spiritual planes to restore balance within the body.

Blue Sapphire: A seeker of truth and traditionally associated with love and purity. Said to facilitate self-expression and speaking the truth.

Black Sapphire: Protective and increases confidence in one's own intuition. This stone is said to help retain a job.

Sapphire is thought to calm an overactive body system and regulate the gland. It is also thought to help heal the eyes and improve vision. 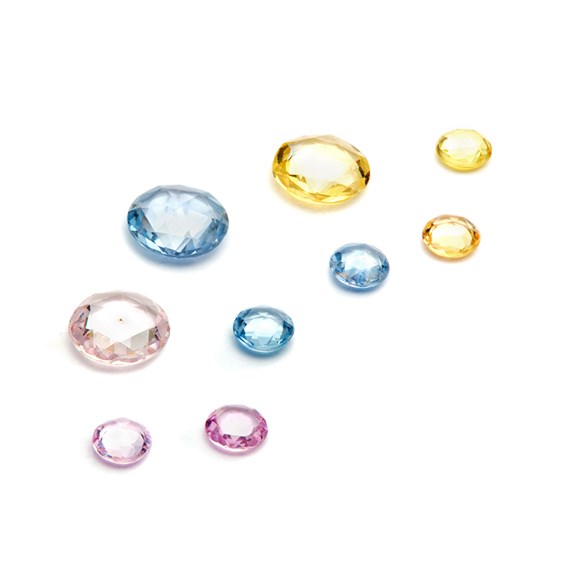 As a precious stone sapphire makes any piece of jewellery high value. With a range of sapphire stones in stock including both faceted and cabochons as well as substitutes for sapphire at a lower price tag (but without the hardness), we are always on the lookout for inspirational jewellery designs using this amazing stone.

Take a look at some examples of sapphire jewellery designs you can easily make yourself below. 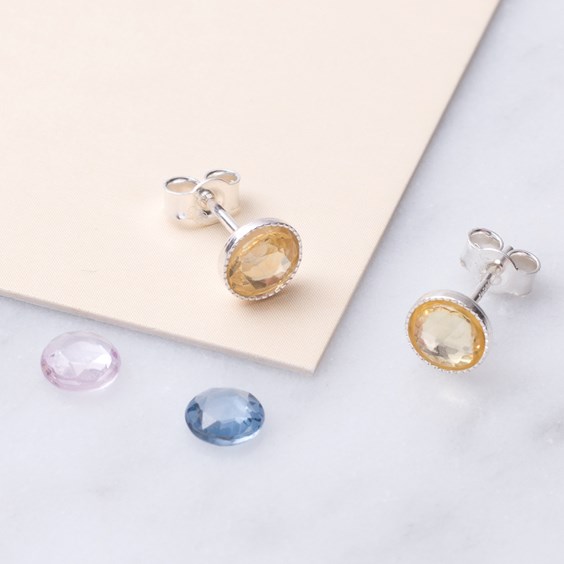 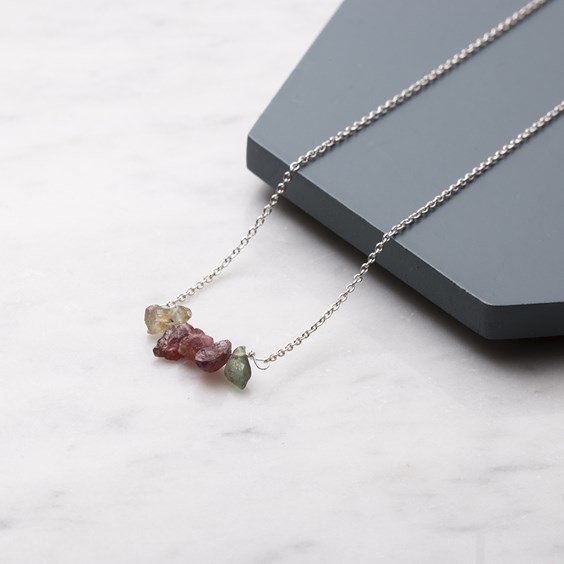 We've created a beautiful rough sapphire bead bar necklace! Learn how to use this technique in our video tutorial here. 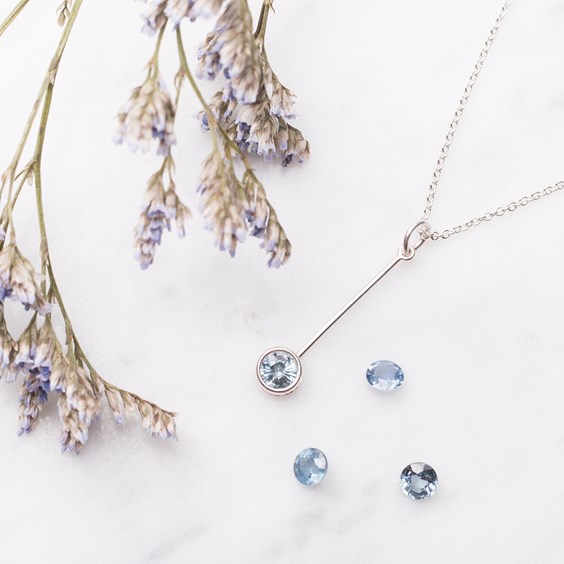 Backset settings are a great way to feature your chosen faceted stone! 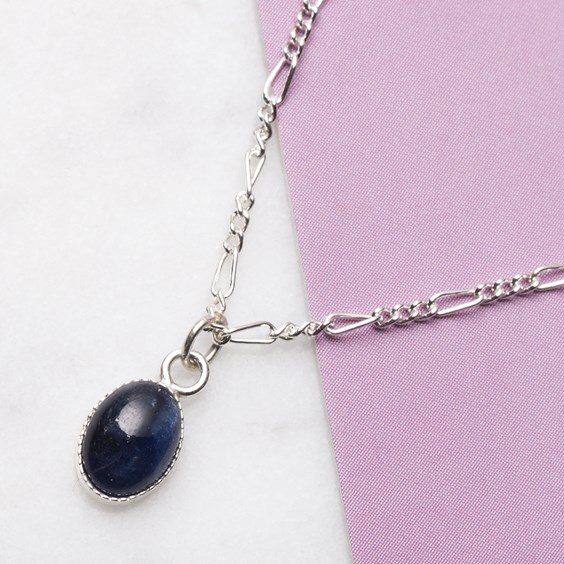 A sapphire cabochon glued into a cabochon pendant setting, hung on a detailed figaro chain.

Make Your Own Birthstone Jewellery With Kernowcraft 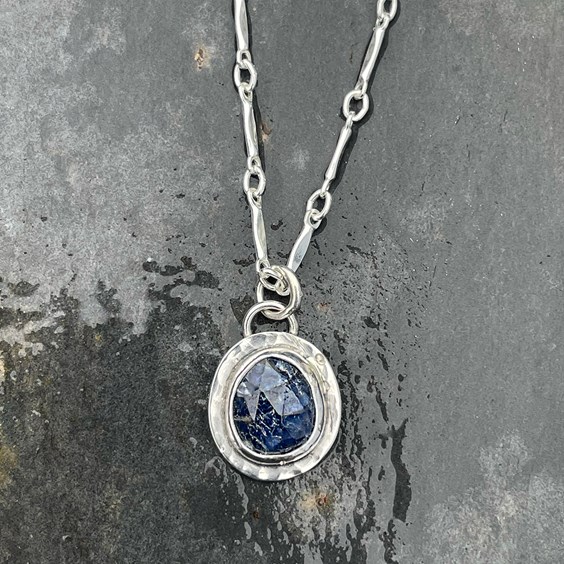 Whether you want to learn about wire wrapping, soldering, stone setting or how to use metal clay - you'll find plenty of inspiration and projects to follow on our tutorial pages. 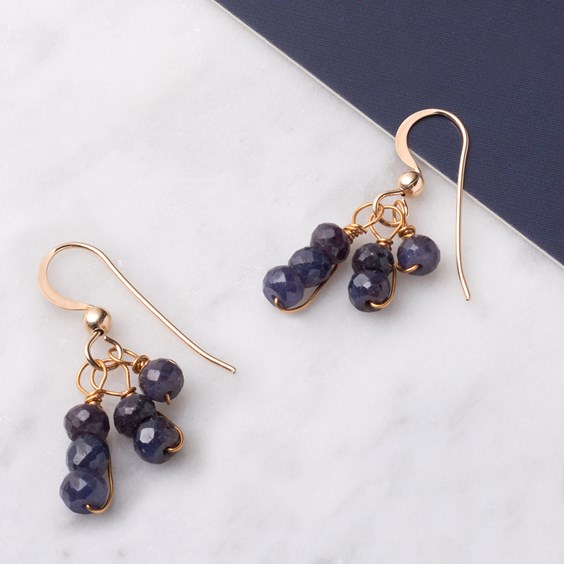 Our jewellery making kits are the perfect way to find inspiration for your next make! Each kit has online step by step instructions and a shopping list, which you can easily customise with your favourite gemstones and supplies.