Garnet is the beautiful birthstone of January and is a stone that has been used and adored throughout history. On this page, find out more about this juicy gem and learn why it's a brilliant gemstone to use in your handmade jewellery designs.

Love garnet? Explore our wide range of garnets and jewellery making supplies on our website, where you can create your own handmade designs and birthstone gifts. 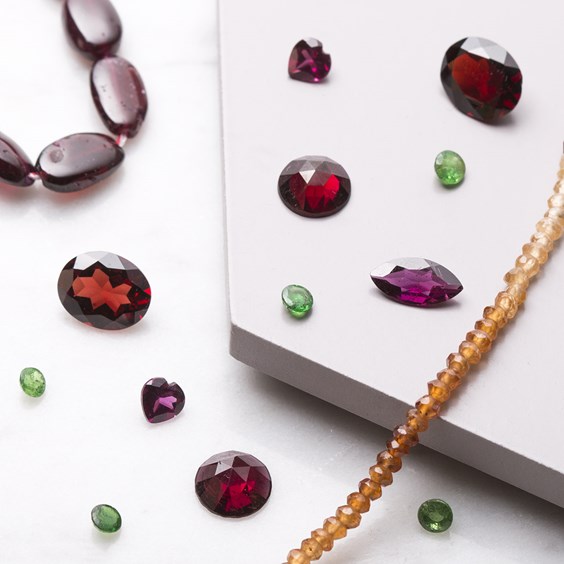 Colour: garnet is found in a variety of colours including red, orange, yellow, green, blue, purple, brown, black, pink and even colourless! The varying colours of garnet depend on their chemical composition and are referred to as specific types of garnet, such as almandine, andradite, demantoid, grossularite, hessonite, pyrope, rhodolite, tsavorite, spessartine and uvarovite.

Appearance: Garnet is a transparent stone and can have inclusions within it. Garnet’s light transmission properties can range from the gemstone-quality transparent specimens to the opaque varieties which are used for industrial purposes such as abrasives. The mineral’s luster is categorised as vitreous (glass-like) or resinous (amber-like).

Rarity: Garnetis not considered a rare gemstone as it is found in many places across the world. Blue garnet is the rarest, discovered in the late 1990s in Madagascar, this unique gemstones has colour changing qualities and is often mistakened for alexandrite. The tsavorite garnet which has a green colouring is also rare and is normally sourced from gold-bearing lands.

Moh's Scale Hardness: Garnet ranges from 6.5 to 7 depending on the type. For example, almandine, pyrope, spessartine, and tsavorite are on the harder side while demantoid is a bit softer. Garnets are stable to light and chemicals however they can be attacked by hydrofluoric acid. It is recommended that this gemstone is cleaned with warm soapy water. 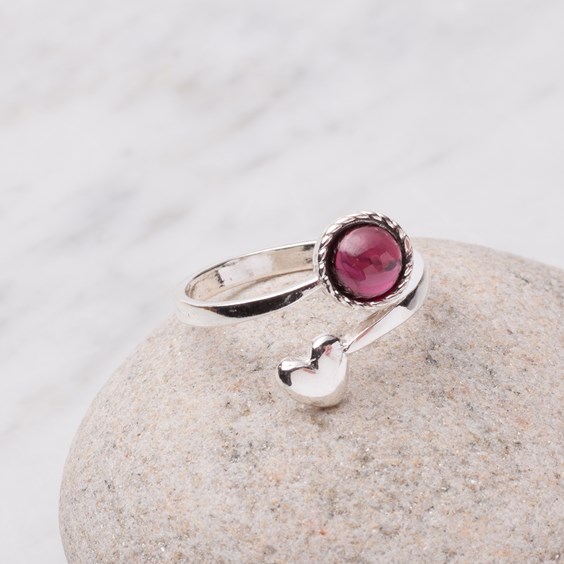 All garnets share a common chemical structure but vary in chemical composition. Garnet is commonly found in highly metamorphosed rocks and in some ingeous rocks, forming under the same high temperatures/pressures that form these types of rocks. Garnet is also found in the rocks of contact metamorphism, subsurface magma chambers, lava flows, deep-source volcanic eruptions, and the soils and sediments formed when garnet-bearing rocks are weathered and eroded.

This stone has been used throughout history in jewellery and other decorative adornments such as windows in churches and temples. Greek philosopher, Plato even had his portrait engraved on a slab of garnet by a Roman engraver. Bohemia was once a tremendous source of garnet, and at one time, cutting, polishing, and mounting garnets was a very rich industry in that country. Many bohemian castles and churches had magnificent interiors decorated with garnet; bohemian garnets are famous even today, known for their small but beautiful stones set close to each other resembling a pomegranate. Garnet jewellery with stones still arranged in the traditional, tightly joined way is still found in the Czech Republic. The Anglo-Saxons were also fond of garnets and their jewellery was set with garnets mounted in many forms.

Garnets were highly popular in Europe in 18th and 19th centuries, they were frequently used for jewellery in the Victorian times. In Spanish astrology, the garnet once represented the sun and its name is believed to have derived from the Latin 'granatum', meaning pomegranate. In Old Spain, the pomegranate was a favourite and as a result, so was the garnet!

Garnet is believed to have many spiritual properties. It is said to revitalise, purify and balance energy, bringing serenity and or passion as appropriate. Garnet is also said to inspire love and devotion as well as alleviate emotional disharmony. It has been known as the stone of commitment - there are many antique engagement rings that contain garnet for this reason.

The birthstone of January is also thought to strengthen the survivial instinct, bringing courage and hope to seemingly hopeless situations.

As garnet comes in many forms, each is thought to have their own properties. Take a look at some examples below!

The January birthstone is said to regenerate the body and stimulate the metabolism, thought to regenerate spinal and cellular disorders as well as reenergising the blood, heart and lungs. 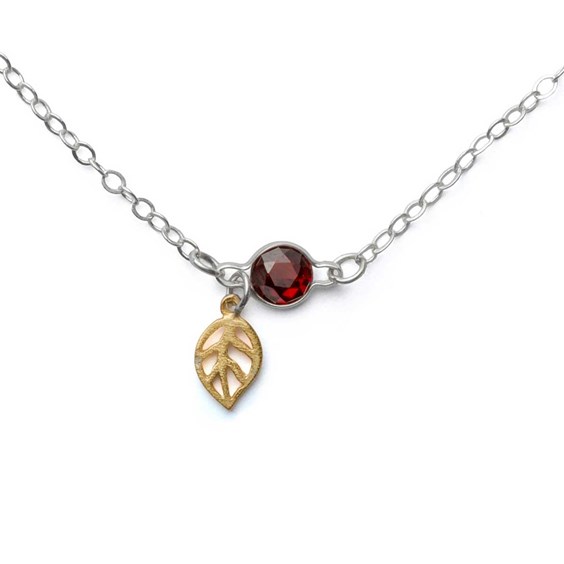 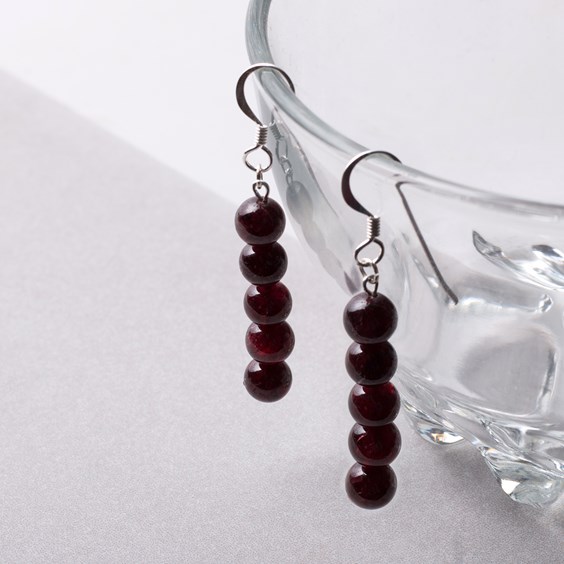 Garnet is one of our most popular stones here at Kernowcraft and is well known for its durability, which makes it a great gemstone to work with. To ensure that we have a variety to choose from we stock the stone in a number of shapes, sizes and cuts. This includes cabochons, faceted top cabochons, faceted stones, briolettes and beads. We also have a number of different varieties including rohdolite garnet and tsavorite garnet.

Visit our Jewellery Making Kits section where you will find a range of jewellery designs to inspire your handmade creations.

Peek Into Our Range Of Garnet Stones 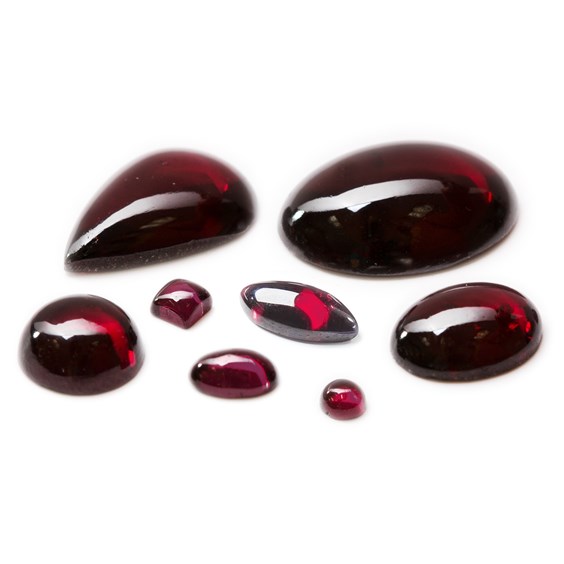 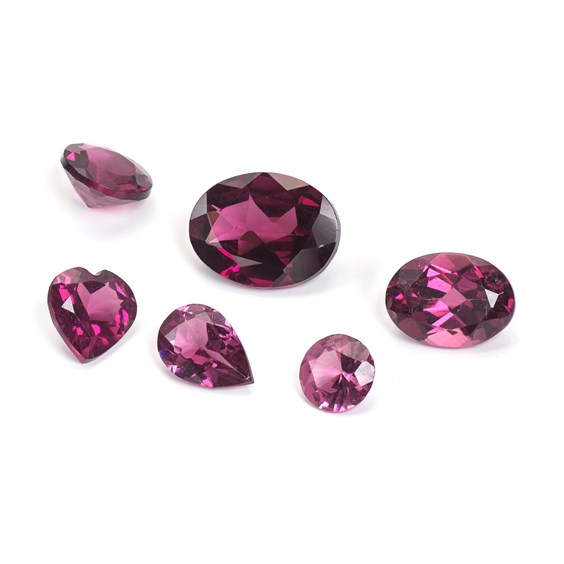 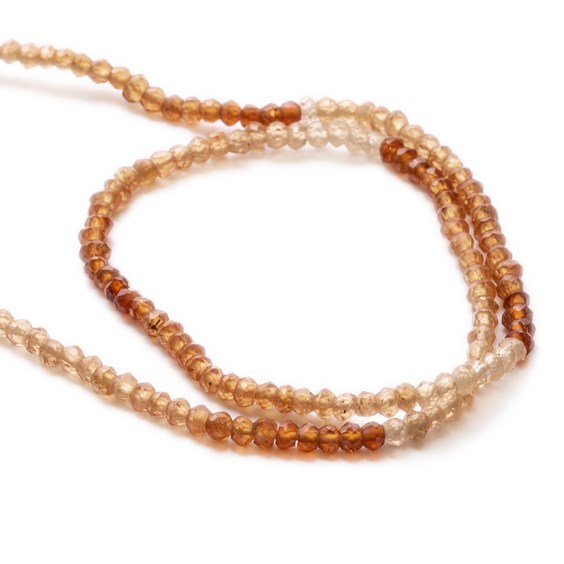 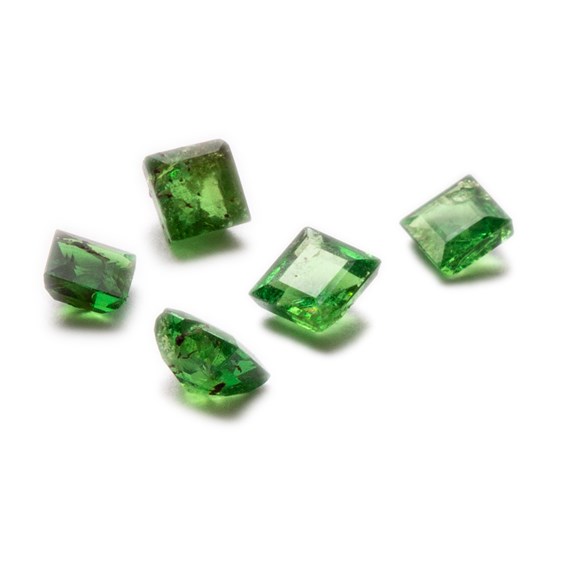